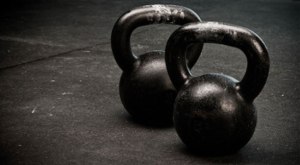 The year after I graduated from college, I moved to Winter Park, Colorado to train with the Development Team for the U.S. Disabled Ski Team.  This was the fall and winter of 1990 into spring of 1991, at a time when disabled sports were still making their appearance in the Olympics as “Demonstration Teams”.  It was the time just prior to the U.S. Ski Team adopting the U.S. Disabled Ski Team under the same umbrella, the occurrence of which subsequently changed the world of disabled sports and athletes.

While I was vying for a much-coveted spot to be on the Demonstration Team going 1992 Winter Olympics in France, the end of a physically grueling ski season found me just shy of making the team.  With achieving an otherwise impressive international ranking in women’s three-track downhill skiing after one season, I was ready to head back to Minnesota.  Quite simply, I was still toying with the idea of going to medical school and I was tired of living on ramen noodles and day-old bread, even though I had procured a $500.00 financial sponsorship from Colgate Palmolive –something almost un-heard of at that time, especially in disabled sports.

So, with sense of accomplishment; a broken down car; and less than $13.00 to my name, my brother came out to Colorado to pack up my stuff and take me home.  As we crossed the Berthoud Pass and headed east, I never looked back, except for the fitness routines that I developed during my dry-land training.

While I have dabbled in pretty-much all things fitness for most of my life, I was always seeking to find the Russian Kettlebell training that one of my coaches made me do on a regular basis.    And three years ago, I found it at the Pilates House in Hopkins with an especially astute, Russian Kettlebell-certified trainer. Shannon.

Not only do I love the efficient cardio work-out that I get after a 30-minute Russian Kettlebell work-out, but I love that it’s a total kick-ass sport with a high caloric burn, too.  According to WebMD, an average adult burns about 400 calories in 20 minutes.  Umm, hello!  How amazingly efficient is that?

Although I work-out religiously with Shannon, I have tried group classes offered at other studios and would never recommend them to anyone as the lack of one-on-one training is too risky.  I mean, let’s face it:  you’re swinging a 19 kg iron bell, which in U.S. measures is nearly 39 pounds, and doing it improperly could cause some serious harm.

So, with the watchful eye of my Shannon, and more recently her newly adopted dog, Shiloh, I continue to marvel at the amazing effects of Russian Kettlebell.  My abs are firmer.  My bra fat is less flabby.  And my “Hello Helen’s” are now saying “Good-Bye Gertrude’s”.

Not only do I love it for the benefits on my body, but I love that it is a limbitless (my term for “prosthesis friendly”) fitness routine.  And not only do I love the work-out itself, but I love Shannon, who has taken the time to see how I adapt to things and continues to push me to make the most of my work-outs.

Here’s to the long-lasting benefits of being a professional athlete!